It’s budget season! Does your Board know what is required?

It’s that time of year again!  Yes budget season.  It’s time to begin reviewing the financial reports and begin calculating costs for next year’s projects.  Condominium and homeowner associations are governed by many regulations; budget reporting is one of them.  It is important that the Board of Directors of your condominium or homeowner association understand the various elements that make up your community’s budget.  To get an expert’s point of view, in this week’s podcast of Community Association Matters, we invited Pierre Vilme, CPA of Gerstle, Rosen, & Goldenberg, PA.

Let’s start with the basics.  Budgets should be prepared by someone familiar with financial reporting.  To ensure that your budget is based on actual figures you should start by pulling the most current financial report.  Pierre recommends that associations review their August or September financial report, which will give them 8 to 9 months worth of financial information.  Budgets must be prepared annually and before the end of the calendar or fiscal year.  Pierre stated that he has seen situations where associations do not approve a budget before the end of the calendar or fiscal year and carry over the current budget into the next year.  They then hold their budget meeting a few months later, this does not meet the requirement set by Florida Statutes.  The budget should be finalized two months before the start of the next fiscal year.  Pierre informs us that one way for associations to save time when preparing their budget is to write a description next to each line item and highlight the reasons for a variance.

In order to establish bad debt, Pierre states that Board members should be familiar and consider the association’s business environment.  For example, if owners normally pay within 30 to 45 days of being delinquent, those receivables should not be considered into the bad debt equation.  However, those owners that are seriously past due for a year or more, should be considered.   Because the financial statements are on an accrual basis and in order to ensure that you have reasonably accurate financial statements you must include bad debt to account for those owners that are not paying.

During the real estate crash in 2007-2010 many associations acquired title to some of the units.  Because the mortgagee’s foreclosure was pending, the associations often times rented those units.  Pierre recommends that associations check with their attorney as to the best way to apply that rental income, but he suggests that it be applied to the owner’s ledger.  If the account is brought current said rental income minus that unit’s monthly assessment fee should be reported as rental income and should be reflected on the budget accordingly.

Pierre notes that associations should also consider ancillary income, such as laundry income or valet income.  Especially in a scenario where an association is allowing a laundry company to lease their laundry rooms; that laundry income is subject to sales tax.  The same applies to valet income where the association is renting out parking spaces that are not assigned in the governing documents to an individual owner.  Sales tax reports should be filed with the State of Florida on a monthly basis.

Florida Statute 718 no longer requires associations to perform a reserve study.  The legislators are putting the burden on the board of directors and their fiduciary responsibility of being savvy as to the association’s finances.  However, Pierre recommends that associations perform a reserve study every 2-3 years.  Condominiums are required to have roof, paint, and paving reserves plus any other components stipulated in the governing documents.   In a reserve study an engineer will inspect the building components, such as the roof, concrete, and paint then plug in that information into a software that will allow them to determine the cost to replace that component and its remaining life.

There are two (2) methods in which to fund reserves.  One is the straight line method and the other is the pooling method.  In the straight line method you identify the component of each replacement item.  The pooling method still requires the association to know the cost of the replacement item but associations are allowed to pool the funds and are not required to break it down by component.  However, there is no longer a benefit to choosing one method over the other.  In both methods, associations are required to disclose how the funds were disbursed.

For more information on how Gerstle, Rosen, & Goldenberg, CPA can help your association you may click here or call Pierre Vilme at 305-937-0116.  As always I encourage you to listen to this week’s podcast of Community Association Matters in its entirety.

PrevPreviousDo you know what to do during or after a hurricane?
NextNew requirements for estoppel certificates go into effect July 1, 2017. Do you know what your condominium or homeowner association is required to do?Next 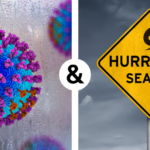 Hurricane Season 2020, a Bit Different During a Pandemic

Living in Florida creates a certain tolerance of hurricanes. We’ve been here before, we know how to prepare and how to make sure we’re safe. 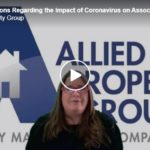 Vlog / Podcast: Your Questions Regarding the Impact of Coronavirus on Associations Answered

Vlog Video: Podcast Only On March 30th, the Miami-Dade Mayor Carlos Gimenez announced that communal areas, like gyms and pools, in condominiums and apartment buildings

Learn About the Allied Advantage 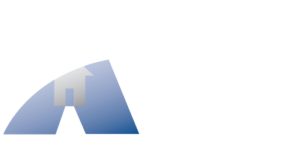